KORG is pleased to announce an important update for drumlogue, bringing added functionality to this popular hybrid drum machine!

How to Update
Important: After the update programs and drum kits will be automatically migrated to a new format. Before updating make sure to backup all of your programs and kits so that you retain the ability to revert to an older system version in the future.
Note: The next time the drumlogue is turned on, programs and drum kits that need to be migrated to a new format will be automatically converted, and thus start-up will take longer than usual. 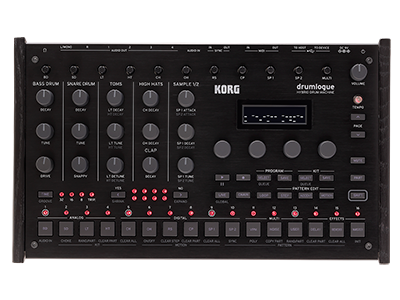