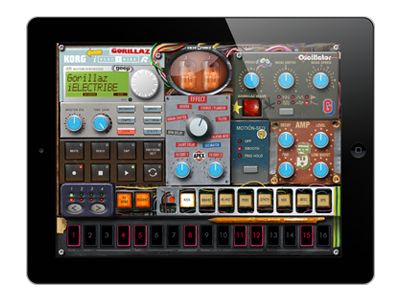 Remix Gorillaz on the iELECTRIBE!
Korg has teamed up with the hugely popular virtual band Gorillaz to create a new dedicated beatbox for the iPad: The iELECTRIBE Gorillaz Edition.

The world’s most successful virtual band, Gorillaz has just released their fourth album The Fall on vinyl, CD, and digital download. The Fall was produced on an iPad using the top-selling music app, iELECTRIBE. As a result, Korg and Gorillaz have now joined forces to create the new iELECTRIBE Gorillaz Edition! 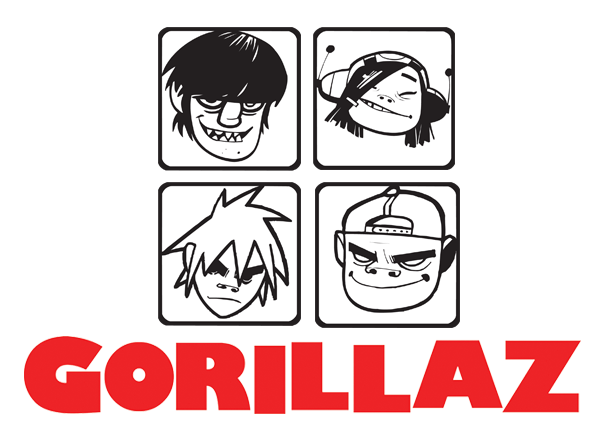 I was just trying things out with the iELECTRIBE...pushing the buttons up and down and humming over the top…I sat on my phone at one point and it started interfering...the signal started clicking…so I looped that up and made a rhythm…and then hummed over that…then did some clapping on it..and ..yeah …Uhmm, so…I..did it on an iPad using all the music apps. I might do another one in a bit… 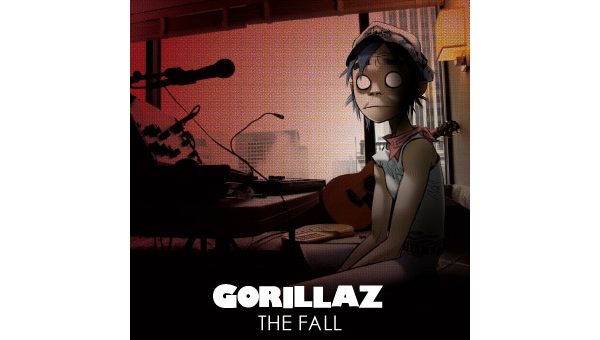 The world’s most successful virtual band, Gorillaz was formed in 1998 by bass-slaying mastermind Murdoc Niccals, vacant pretty-boy singer 2D, Japanese girl guitarist Noodle and hardman drummer Russel Hobbs. In March 2001, Gorillaz released their debut album Gorillaz to international acclaim and in 2005 Gorillaz cemented their reputation for musical and visual innovation with their Grammy nominated second album Demon Days. 2010 saw the release of the band’s third album Plastic Beach ahead of nominations at the 2011 Brit and Grammy awards. The band’s latest album The Fall was gifted to their fanclub on Christmas Day 2010 and released on vinyl for Record Store Day on April 16th, ahead of a CD/digital download release on April 18th. 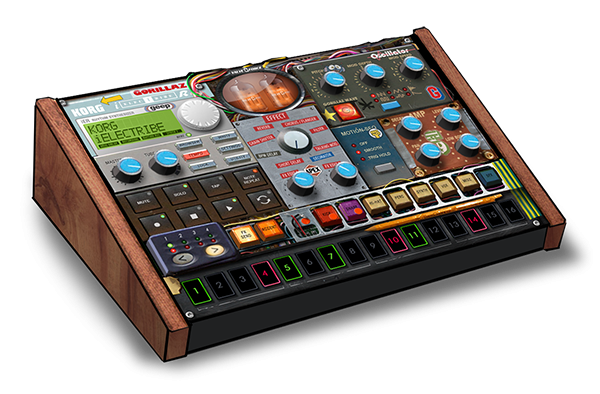 While  retaining  the intuitive beat-making  features of  the iElectribe,  the  special Gorillaz Edition is  a new machine that's been customized to generate Gorillaz samples from The Fall which allow the  user to create music in a wide variety of musical styles. Creative, fun, and up-to-date, this app will  be enjoyed both by Gorillaz fans, as well as by modern musicians everywhere.

The synthesizer engine features a carefully chosen selection of sounds that were actually used in the  latest  Gorillaz  album, The Fall.  There  are  eight  parts,  categorized  by  instrumental  category.  Each  part  provides  16  sounds,  delivering  a  total  of  128  sounds.  The  Gorillaz Wave  function  lets  you use the 16 step buttons to switch sounds, intuitively manipulating the sounds as part of your  musical performance. 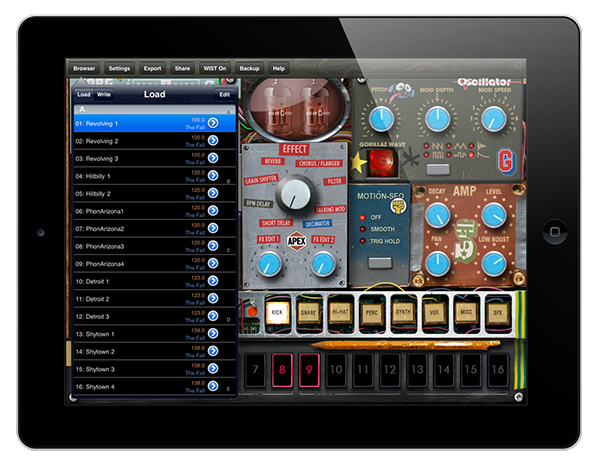 A  total  of  64  ready-to-use  pre-programmed  patterns  are  provided.  This  includes  32  patterns  recreated from the most recent Gorillaz album The Fall, plus 32 remix patterns created exclusively  for  the  iElectribe  Gorillaz  Edition.  The  sound  team  behind  all  of  the  patterns  includes  Stephen  Sedgwick,  who  co-produced  the  fourth  album  Gorillaz  album The Fall,  as  well  as  Korg’s  highly- regarded sound team. Limited Edition! A  limited  run  of  10,000  of  the  KORG  iElectribe  Gorillaz  Edition  for  iPad  will  be  available  for  purchase as download from the Apple App Store (inside the iTunes Store) at a very special price of  USD9.99 for units.

Register for the KORG app News Letter so that you won't miss the latest news and information about KORG app.

iELECTRIBE Gorillaz Edition is available for download purchase from the Apple App Store.